If you’re marketing software products to developers or technical audiences and are itching to build developer awareness and adoption for your product, let’s explore how developer education will get you there.

Let’s review some key takeaways on why developer education matters.

What is Developer Education Exactly?

Fortunately, tutorials aren’t the final step in the developer education journey. Instead, longer developer learning courses are an ideal next step that offers developers a more engaging experience — giving them a reason to keep visiting your site and building affinity toward your brand.

Why Marketers Should Care About Developer Education

In 2011, Marc Andreessen said that software is eating the world. I think he was right — software has eaten the world, and it is continuing to eat the world.

That growth alone means there will be an increasing need to educate developers — but there’s more to the growth of developer education than just an increase in the number of developers.

But why the interest in developers specifically? Because they’re well-positioned to be kingmakers or dealbreakers when you’re trying to sell to their employers. They might not always be the final decision-makers, but if you annoy them or fail to impress them, they can ensure their company doesn’t work with you.

34% of sales opportunities are lost because of developer influence, and one out of every three deals dies because of a failure to get developer buy-in.

Self-guided courses will play an increasingly prominent role in developer education and in making sure developers end up with a favorable impression of your company and its products. Why?

Beyond that, languages and frameworks change rapidly, and even experienced senior developers are afraid of falling behind. Developer education courses offer newbies and veterans alike an easy and enjoyable way to learn new things, keep up with changing technology, and learn about your products.

It’s also worth noting that many new developers come from non-traditional backgrounds. For example, instead of having a computer science degree, they might be self-taught or perhaps even graduated from a boot camp.

This is how I learned JavaScript (Source)

Many bootcamp graduates are excellent developers — but having graduated from a 3 or 6-month program, they haven’t covered software development in as much depth as someone with a 4-year degree.

But don’t underestimate them! Anyone with the discipline to finish an accelerated bootcamp program also has the discipline to keep educating themself after they’ve entered the workforce. Self-paced courses offer you the ability to reach out to this large and growing demographic to provide the continuing education they’re looking for.

At the end of the day, we as marketers aren’t spending money trying to reach developers because we love spending our employers’ money. We’re doing it because we expect positive ROI on what we spend. That means that over time, we need our developer relations programs to result in new clients and new revenue.

Let’s take a look at how developer education helps DevRel deliver a good return on investment. This diagram from The DevRel Book illustrates it well:

ContentLab and Appsembler both worked with Chef, first to develop and then deploy developer learning courses. Over time, Chef found that these courses were its #1 source of new leads! It’s hard to ignore this potential if you’re looking for a reason to invest more of your marketing budget into developer education.

The marketing qualified leads (MQLs) generated by developer education – especially courses – show stronger intent than typical MQLs. This of it this way: if a developer has gone to the trouble of working through and completing a course you’ve created, you can reasonably assume they like your company and your products. That’s stronger than the intent you’ll get from an MQL who only signed up for your newsletter or traded their email address for a whitepaper.

Relying on traditional lead gen alone, determining intent can be difficult to impossible. You can force people to show more intent by asking them for more information like their phone number and address. But receiving more info from them doesn’t necessarily result in strong purchase intent, and certainly doesn’t drive conversions.

I’d rather create and publish courses for developers instead that engage, empower, and provide value. Wouldn’t you?

Putting It All Together

Developer Education is big business. It goes far beyond just training developers — instead, it can be a powerful tool in your developer marketing arsenal.

To recap, there are a few important reasons developer education should be on your radar:

If you like what you’ve read here, why not watch the webinar? It dives deeper into everything we’ve covered and includes a few fun battle stories along the way.  See you there! 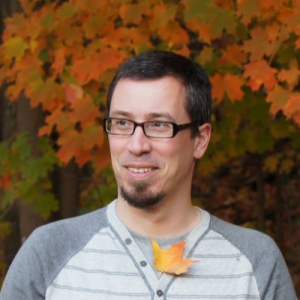 Ryan Peden
Ryan is a developer and marketer who lives at the intersection of business and technology. He loves writing code, writing about code, and planning developer marketing strategy. Visit him on LinkedIn.

Stop annoying developers: 5 key takeaways from our podcast with SlashData

What Is a Technical Content Marketing Agency? And Why Do I Need One?

Creating Content for Developers: How to Create Effective Developer-focused Content
PrevPreviousBest Practices for Creating Your Own Webhooks
NextIntegrating Tableau and MuleSoftNext
Most Popular
9 Things To Look For When Hiring a Technical Content Creation Service [Plus Downloadable Checklist] Read More »
What Is a Technical Content Marketing Agency? And Why Do I Need One? Read More »
Categories
Developer Marketing
Technical Content Marketing
Content Creation
Ready to level up your tech content marketing?
Get in touch
Looking to be a guest contributor?
find out more

Here’s what you can expect when you get in touch with us: